The Hobbit: An Unexciting Journey 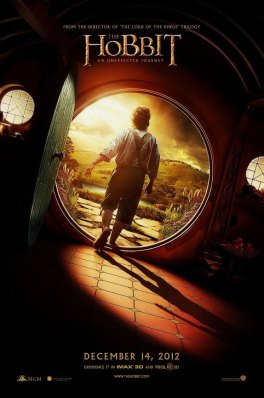 The best part of the journey is out of the theater.

An interminable journey? Uninteresting journey? Long fucking journey of ultimate boredom? So many options. My drive to the theater was more entertaining than this film, and I listened to Christmas Music. And I so wanted The Hobbit to be good. That’s the problem. All of us have seen The Lord of the Rings. All of us love The Lord of the Rings. We were hoping for another installment in that epic franchise, and what we got instead was a lot of walking broken up by meaningless battles of ultimate meaninglessness.

The Hobbit: An Uninspired Journey starts off nice and slow, letting you really sink your teeth into the exciting town of hobbitshireville, where such events occur as cooking dinner, writing in a book, seeing Elijah Wood, and then cooking a bigger dinner than expected. This lasts for about half an hour, but after that, Bilbo finally decides to join the thirteen dwarves on their mission to retake their underground home from the evil dragon Smog, or Mist, or something. I can’t remember.

The problem with this is that we’ve already watched three films where the stakes are the safety of the entire planet (or the middle of it at least). And now we have to care about 13 dwarves getting their home back. It’s a little bit hard to feel anything, especially when the dwarves get about as much characterization as in a Snow White film. There’s Hungry, and Fatty, and Foody, and Fighty, and so on.  From the very beginning we’re uninvested, and then we have to spend two and half more hours watching a bunch of characters get marginally closer to their pedestrian goal.

The movie tries to explain why Bilbo is on the quest; it really does. The brave company apparently needs a thief for some reason, and dragons are particularly bad at picking up on the scents of hobbits (because they’re so clean? Because they don’t use old spice? I don’t know). But here’s what I’m thinking. If I’m Thorin, and I say, “Yo, Gandalf, can you find a 14th member of our party?” And he comes up with Bilbo Baggins, I would be seriously pissed off. Like, can’t he get us one fucking eagle. Honestly. It could just fly us straight to Arabor and everything would be chill. But no. He gets a hobbit. 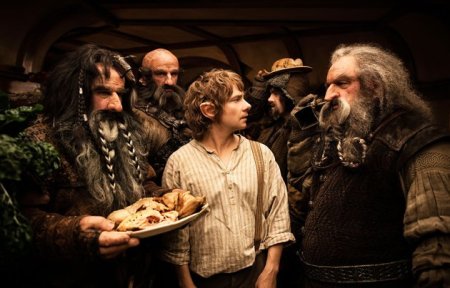 And armed with that hobbit, they journey on foot rather than on eagleback, and they have to deal with a bunch of things that happen. This film is like a tv show that has an awesome pilot, but then realizes it has no idea how to fill the plots of each episode. We get a great opening sequence, but then the rest of the movie is a series of unrelated events. The group fights some trolls, and doing so has little to no impact on the characters or the storyline. Then they walk some more and then they fight some orcs. Doesn’t affect anything. Then they’re walking along some mountains and it’s raining and someone shouts the stupidest line ever: “That’s not a thunderstorm. That’s a thunderbattle!” And then the mountains come alive and these two rock giants start fighting for no fucking reason. And then after that Bilbo decides that he should go home, which is an entirely unmotivated character change, because his actions during the random-ass giant battle didn’t endanger anyone, and it’s not like this battle was any different from any other. It’s like the writers knew they had to have some sort of story progression, but they were afraid audiences would get bored if the movie ever dealt with dialogue or characterization for more than five minutes at a time, so they constantly inserted bland and unnecessary battles, battles made worse by the light-hearted tone which robbed the film of any sense of danger. They fought some goblins, they walked, they fought some more orcs. It was so unexpected!

This scene especially made me feel like Peter Jackson was trolling the audience.

And then the tv show gets cancelled, so you know they can finally use all their good ideas in a great series finale. The problem is, we have to wait a year for the series finale. There simply isn’t enough story to sustain this two hour and forty minute movie. And the story that does exist is bad and I hates it.

We have the same shots of the ring falling onto the outstretched hand. We have the same deus ex machina at the end of the movie. Nothing feels fresh, and nothing is epic. The stakes are low, the characters (other than Bilbo) are uninteresting, and it’s impossible to be emotionally invested.

And honestly, keep an eagle with you. At all fucking times. It’s just a good idea. 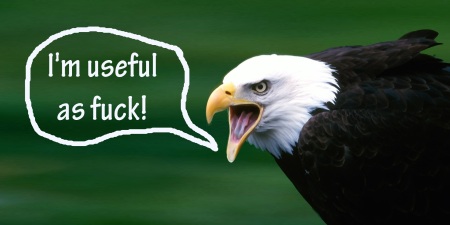 There were some good things about the film, however. For one, Radagast is awesome. He’s this animal-loving wizard who rides a sleigh pulled by rabbits and lets birds live in his hair, and whose top priority is saving hedgehogs from death. Who doesn’t like that? Another good thing about the movie is that, due to a clerical error, I was able to see it for free. And my third favorite thing about The Hobbit: An Insipid Journey, was that, since I didn’t want to spoil any of Star Trek, I walked out of the theater during the 9 minute preview and got to bond with the girl who handed out the hobbit posters. That was nice.

It’s like Lord of the Rings, but with short people, and no Liv Tyler.