W3—Mulholland Drive—Or, What the Fuck is Happening, by David Lynch 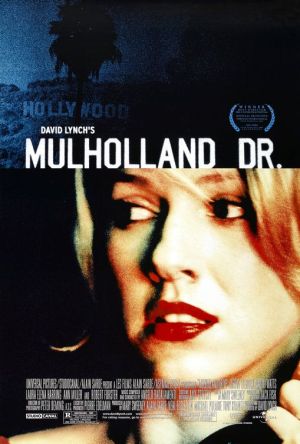 Strange nightmares, amnesia, lesbian love scenes, murder, and Hollywood politics. Those are just a few of the things jammed into a film that will leave you questioning reality. David Lynch, whose mind seems to naturally synthesize hallucinogens, outdoes himself with Mulholland Drive, in which an up-and-coming actress stumbles upon a woman who has just lost her memory in a car accident.

Interspersed into the main plot are at least a half-dozen mini stories that often seem entirely unrelated, but which slowly weave together to give you a semblance of understanding. Each plot is so strange that you can’t help but be intrigued. It’s the Lady Gaga Effect. You just can’t peel your eyes off her music videos because your brain is too busy attempting to piece together the images on screen into something it can rationally understand.

If you’re a fan of the open-ended, mind-bending, psychological neo-noir thriller genre (a very general category), you’ll suddenly find yourself with a new favorite. Nowadays the movies we talk about for hours having a couple of possibilities. Take Inception. Was it a dream or wasn’t it? Sure, there are fine points to debate, but in the end there’s only a few real options.

Not so for Mulholland Drive. Once the credits roll, you’ll be left in a stunned stupor, and once your brain unmushifies itself, you’ll spend the next couple weeks debating every single scene and sometimes wondering just what the hell it was even doing in the movie. I, for one, couldn’t stop talking about it and ended up calling my parents and all their family friends to get their take.

How can you not want to watch the movie where THIS happens?

It’s one of the trippiest, craziest, films around, so check it out! Oh, and make sure you watch this movie with a couple people so you can talk about it after—that’s half the fun!

Filed under What to Watch Wednesday